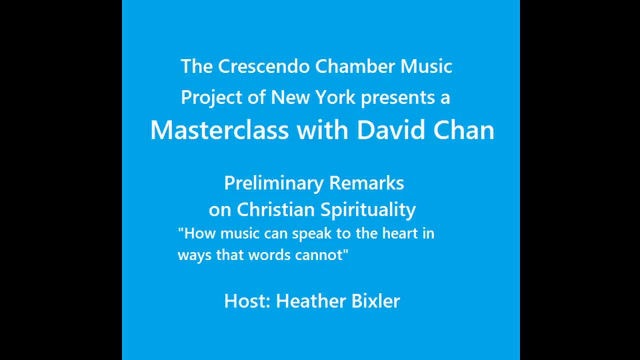 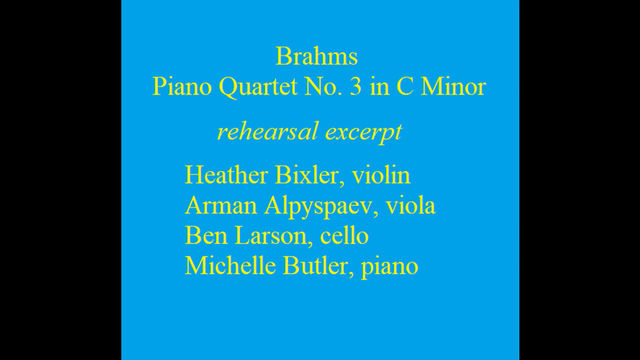 They will present the Serenade in C Major, Op.10, by Ernst von Dohnányi.

Taiwan-born violist Agnes Chen was initiated to viola during early childhood while studying with Yung-Ching Chen and Kao-Pao Huang. She won a scholarship in National Taiwan Normal University, under the guidance of Ting-Hui Chen. In 2000, she was chosen as one of eight exceptional performers among competitors in the Fourth Taiwan Concerto Competition. She holds a Master’s degree in viola performance from The Cleveland Institute of Music with Lisa Boyko and an Artist Diploma at the Schulich School of Music at McGill University with André Roy.

Agnes Chen has participated at various festivals, including the International Summer Academy of the MDW – University of Music and Performing Arts Vienna and the Orford International Academy, among others. She had engagements with Taiwan Youth Orchestra, Taipei Symphony Orchestra, La Pietà – an all-female string ensemble founded by Angèle Dubeau, Montreal Symphony Orchestra, and Los Angeles Philharmonic. She is currently the principal viola of the Pacifica Chamber Orchestra.

Taiwanese-Canadian violinist LI-LING LIAO studied at the Lucerne Conservatory in Switzer-land with Daniel Dodds, the Boston Conservatory with Lynn Chang, and the New England Conservatory under James Buswell IV and the legendary pedagogue Eric Rosenblith. She completed her violin studies with a Doctoral degree from the University of Maryland under the tutelage of Dr. James Stern. Ms. Liao has appeared as a soloist with the Vancouver Philharmonic Orchestra (B.C.), New West Symphony Orchestra (B.C.), the Dallas American Asian Youth Orchestra, the Taipei Century Symphony, and the Taipei Century Youth Orchestra. She is a member of Symphony Tacoma, and is currently second violin principal of the Northwest Symphony Orchestra.

Taiwanese-American cellist Janice Ching-Jung Lee is an active performer and music educator in the greater Seattle area. She is the cellist for the Seattle-based Ellinor String Quartet, plays frequently with the Gilbert and Sullivan Society, Tacoma City Ballet Orchestra, Puget Sound Conc